Barilla: Preserving tradition while changing it

Examining how the culture at Barilla was transformed to embrace diversity, equity and inclusion through inclusive leadership. 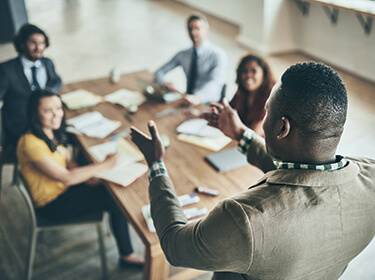 he following story is an excerpt from the book, ‘The five disciplines of inclusive leaders’ by Andrés Tapia and Alina Polonskaia. Here we look at how the culture at Barilla was transformed to embrace diversity and inclusion through inclusive leadership. To learn more about the profile of an inclusive leader and why they are so important in the journey to building a more diverse and inclusive organization, click here.

For more than 140 years, the Barilla family brand conveyed openness and acceptance. But as the Parma-based company grew to become the world’s largest pasta manufacturer, it began to face new diversity and inclusion challenges. Most of the top leadership were Italian people from Parma who had been at the company most of their careers—and so had many of their parents and grandparents. In addition, the culture of this family-owned business mirrored that of a typical northern Italian family: close knit, paternalistic, and tied to long-standing traditions. These attributes made Barilla a beloved employer for many but left little room for those who did not fit the mold.

By the early 2010s, the company’s leaders realized that, to become a truly global company, they would also need to become more diverse and inclusive in terms of talent, mindset, and culture. They started by hiring a cosmopolitan CEO, Claudio Colzani, former chief customer officer at Unilever. Though Italian by birth and upbringing, Colzani had worked most of his career outside of his home country, including the countries of France, Brazil, and the United States. Under his leadership, Barilla established a roadmap called the Barilla Lighthouse, which heralded a new, explicitly contemporary and global perspective for the company.

The Lighthouse roadmap outlined five key points. One of those points—Proudly be Barilla people—invited employees to embrace diversity and inclusion. However, the implications of this point were not initially understood and D&I efforts were limited. Some countries also resisted the way the diversity and inclusion process was being conducted because it challenged their traditional way of management.

Promoting diversity and inclusion is not just about doing the right thing but also about supporting our growth strategy.

To bring about real change, it became clear that Barilla would need to embark on a deep and far-reaching D&I process while exercising true inclusive leadership. So they did — and the results have been remarkable.

Barilla was able to achieve this impressive turnaround because the company’s leadership quickly put the following 8 D&I best practices in place.

Barilla partnered with Korn Ferry to identify areas where the company was not living up to its own ambition and self-identity. This root-cause assessment comprised:

Korn Ferry then used the findings to conduct a two-day learning and strategy session with the Barilla D&I board. The session highlighted the power of all forms of diversity within an inclusive work environment and became a catalyst for leaders to deepen their sense of ownership of the cultural transformation.

The advice that Barilla’s leaders received, and which they embraced early on, was that the cultural transformation had to touch every employee, from the boardroom to the factory floor. For the evolution to be authentic and sustainable, the changes in mindset and skills had to begin with the most senior leaders. They would be the ones responsible for role modeling, educating, and holding their charges accountable for practicing inclusive behaviors.

This could not be addressed merely through an awareness training session. The work had to be individual at first, followed by the collective experience of the global leadership team. Only then could it cascade down to the regional and functional leadership teams and employees around the world.

Like managing a diverse gathering of family and friends sharing pasta around the table, Barilla’s journey toward greater diversity and inclusion had to balance people and profits, tradition and transformation.

Inclusive leadership is what made it possible.

3. New networks, inside and out

Barilla built new internal and external networks to promote inclusiveness. This included creating a new chief diversity officer role as well as a global diversity and inclusion board made up of three external directors and ten internal employees selected from around the world.

The company also developed collaborative partnerships and relationships with organizations such as Catalyst, which is focused on female advancement, and the LGBTQ+ inclusion organizations GLAAD and the Human Rights Campaign (in the USA) and Parks—Liberi e Uguali (in Italy).

Commitments to D&I standards set by outside organizations not only enhanced the company’s brand and reputation externally but also accelerated its progress towards becoming more inclusive and diverse. Commitments included:

In 2014, Barilla launched training on how to recognize and mitigate unconscious bias. It was provided to all office employees in the first year and to the vast majority of salesforce and plant employees throughout 2015 and 2016. D&I-based feedback training was then launched for all managers worldwide in 2016 and completed in 2017.

Barilla encouraged the establishment of employee resource groups, to help make the invisible needs of the minority visible to the majority, and to enable a faster culture change at all levels of the organization. These groups were not created from the top down but were instead launched by employees themselves, harnessing the enthusiasm and motivation of people across all levels and geographies. The company now has 14 employee resource groups focusing on:

Barilla established metrics on four key factors, which are tracked primarily through the now biannual global D&I survey. They are:

EVIDENCE OF THE 5 DISCIPLINES OF INCLUSIVE LEADERS AT BARILLA

Through fieldwork and analysis of over 3 million leadership assessments, Korn Ferry has identified the five disciplines and five traits that define an inclusive leader. Barilla showed development in all five:

Integrates diverse perspectives – leaders were required to manage conflict and balance stakeholders inside and outside the organization like never before.

Optimizes talent – leaders boosted the percentage of women in leadership and began to advocate for collaboration as the key to reaping the benefits of being more diverse and inclusive.

To learn about these disciplines and traits in detail, you can click here or download our whitepaper.

“It took a few years to make the ground fertile for a change. We needed to find the right entry points. We knew that if we started out pushing a message that people couldn’t relate to, or a local country culture says is nonexistent, we wouldn’t get a lot of engagement.” Kristen Anderson, Chief Diversity Officer, Barilla