Ravinia Festival: Setting the stage from the stage

A story about one inclusive leader who diversified a musical festival to appeal to a wider audience. 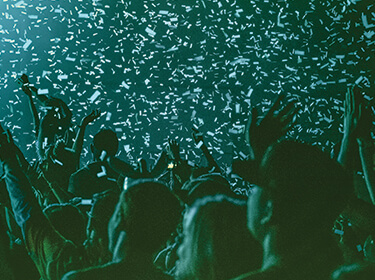 The following story is an excerpt from the book, ‘The five disciplines of inclusive leaders’ by Andrés Tapia and Alina Polonskaia. Here we hear about one inclusive leader who diversified a musical festival to appeal to a wider audience. To learn more about the profile of an inclusive leader and why they are so important in the journey to building a more diverse, equitable and inclusive organization, click here.

Institutions unwilling to adapt to the world’s diversity are increasingly vulnerable to extinction—and, at 128 years old, the venerable Chicago Symphony Orchestra (CSO) could have been a case in point.

According to the League of American Orchestras, classical music audiences are declining 2% per year globally, and in the United States they have dropped by 30% since 1982. These audiences are also aging. Between 1982 and 2002, the portion of concertgoers under thirty fell from 27% to 9%.

The orchestra’s annual summer festival, held in the idyllic setting of Ravinia Park, is, at 112 years old, the longest-held outdoor music festival in the United States. Yet even here, despite performances by classical music greats such as Yo-Yo Ma, Marin Alsop, and Itzhak Perlman, the declining interest in the artform has challenged the event’s financial sustainability. Corporate sponsorship and generous benefactors from the traditional classical concert demographic certainly help, but their contributions still fall a long way short of plugging the gap in the festival’s finances.

Ravinia Festival CEO, Weiz Kauffman, explains: “To help save classical music, we needed to attract audiences that were younger and from all colors and backgrounds while retaining our core traditional audiences by still delivering the same quantity and quality of the programming they loved. But we also needed to create additional revenue streams with other forms of music that appealed to these audiences we were not yet reaching.”

To help save classical music, we needed to attract audiences that were younger and from all colors and backgrounds…

His first task was to get the Ravinia trustees on board with the idea of diversifying their offerings to attract a wider audience. As it turns out, he was met with consensus. The trustees agreed that everybody should feel welcome and included at the festival. They also agreed that the right of everyone to belong should be built into the festival through inclusive design. With the board’s advice and endorsement, Kauffman executed the five key inclusive strategies outlined below:

1. Create inclusion through diversity of artists

Kauffman set out to stage shows that appeal to various diverse audiences. Across hundreds of pop acts, there are now African American draws like Wyclef Jean, Lauryn Hill, the Temptations, 50 Cent, and Common; LGBTQ+ favorites such as the B-52s, the Indigo Girls, Culture Club, and Dolly Parton; Latinx acts like Lila Downs, Tigres del Norte, and Rodrigo y Gabriela; and Millennial favorites like OneRepublic, Feist, and Kesha; not to mention crossover artists such as Santana, John Legend, and Lenny Kravitz.

Kaufmann explains: “In addition to the ability to attract a classical audience, which had always skewed older and white, it was about creating programs that would attract all sorts of different people—from different age, race, cultural, and sexual orientation demographics. It’s about saying you will be providing something for everyone and living up to that.”

The journey toward greater musical diversity was not without its setbacks. Cross-cultural and unconscious bias training had to be provided to staff, who were not prepared for the vast demographic changes in attendees. Meanwhile, some traditionalists argued that contemporary music concerts would diminish Ravinia’s classical music mission and significantly alter the Ravinia experience.

As an inclusive leader, Kauffman was adept at listening to the different priorities of various constituents and then balancing stakeholderswho had fundamentally different understandings of Ravinia’s place in the world. His inclusive leader competencies of situational adaptabilityand cross-cultural agility also helped him navigate the classical and nonclassical worlds (while his training as a classical pianist helped him convince the traditionalists that he had their best interests at heart).

Being able to successfully tap into new contemporary audiences has meant significant growth for the festival. Since Ravinia began aggressively mixing its summer lineup between nonclassical acts and CSO performances, revenues—earned and contributed—are up. And the number of donors has doubled.

Understanding what kind of experiences nontraditional concertgoers want has been the secret to driving up audience numbers.

In focus groups and surveys, the greatest complaint Gen Xers have had about the Ravinia experience on a classical music night has been the “shushers”—staff with librarian scowls carrying placards that read “Quiet Please.” This led to the creation of Kids Lawn, a feature sensibly placed at the back end of the park, with oversize play musical instruments to interact with preconcert… and no shushers.

Meanwhile, for Gen Xers and Millennials without kids, there are now events such as “Beer, Brats, and Beethoven” and “Classical Strings and Chicken Wings” that feature all-classical programs but in a different social context, which includes an allowance for chitchat-level noise.

Finally, there are the movie nights where audiences can watch films such as Titanic, Lord of the Rings, Gladiator, Star Trek, Fantasia, or Coco on huge screens while the CSO performs the musical score live. It´s not without controversy: some classical musicians feel the events trivialize the classical music listening experience. But these movie nights are the CSO’s biggest nights of the summer by far.

3. Diversify the classical musicians on stage

Ravinia’s new pricing strategy is summed up in an easy-to-remember soundbite: 25/10/Free. 25 dollars is the cost of pavilion seats. 10 dollars is the cost for the lawn. And there is no charge for lawn tickets for kids and students through college. While it’s still too early to understand the full impact of the new pricing structure on cultivating new audiences, it has been easy to market and has definitely created stickiness in the minds of new classical concert goers.

5. Go through the kids

For more than half a century, Ravinia has provided extensive music education to kids in Chicago public schools 40 miles away. Every year, its Reach Teach Play program touches around 75,000 kids, primarily from traditionally underserved communities. Based on the innovative music education program Sistema, which originated in Venezuela, the program provides regular classes for children, with recitals throughout the year to showcase their progress, along with myriad field trips to Ravinia classical music concerts for students and their parents.

But until recently Ravinia had never reached out to the underserved communities in its own backyard. This was largely due to the belief that Lake County was wealthy and not in need of youth music education. In reality, however, there are hundreds of thousands of Latinxs within Ravinia’s vital 25-mile radius, many (though not all) of whom are working class. Their exposure to classical music is limited, and most do not know about Ravinia. If they do, it has not traditionally felt like a place where they would be welcomed, with its manicured lawns, fenced perimeter, high hedges, and the lack of diversity of its audiences on classical nights.

The breakthrough came in 2016, when the program was inaugurated for Lake County and, even more excitingly, took place at Ravinia itself. The half-day of activities that kicked off the program included a concert and Q&A with 14-year-old Mexican American piano prodigy Daniela Liebman Martínez. When the kids heard her speak in her native Spanish, the demeanor in the auditorium changed. Here was a virtuosa who was just like them. The students were also given instruments for permanent ownership; for most, it was their first time even touching a classical music instrument. Faces lit up and voices squealed with delight as they coaxed their first musical notes from their instruments.

But the impact of the program went beyond the kids’ musical experiences. With the children coming to Ravinia weekly, and with their recitals taking place on Ravinia stages, the venue has suddenly become accessible to hundreds of Latinx families. Now, when a classical or nonclassical concert is publicized, rather than ignoring the marketing as irrelevant to their families, the thought is Ravinia? Ah, that’s where my kid plays!

Diversity and Inclusion across the board

Diversifying the board of trustees beyond tokenism has also been a priority. In 2020, a board that just six years ago had only three racial minorities (out of nearly 70 members) now has 15. This, of course, is changing board dynamics and its ability to add wise counsel on D&I to its positive impact. On the formal side, there is now a project-based D&I working group that, for the next few years, is charged with ensuring that Kauffman’s legacy of bringing more equity, diversity, and inclusion to Ravinia continues to deepen and widen even after his retirement.

Then there are the spontaneous interactions that take place that would not have happened without greater diversity. A few years ago, when Kauffman was announcing the upcoming season’s lineup, he listed Mary J. Blige on the roster. In what is usually a staid environment, cries of “Woo-hoo!” and yelps of joy burst out from the African American trustees. It was infectious.

“On the way home,” says Kauffman, “we had a bunch of curious trustees googling ‘Blige.’”

That’s the power of diversity.