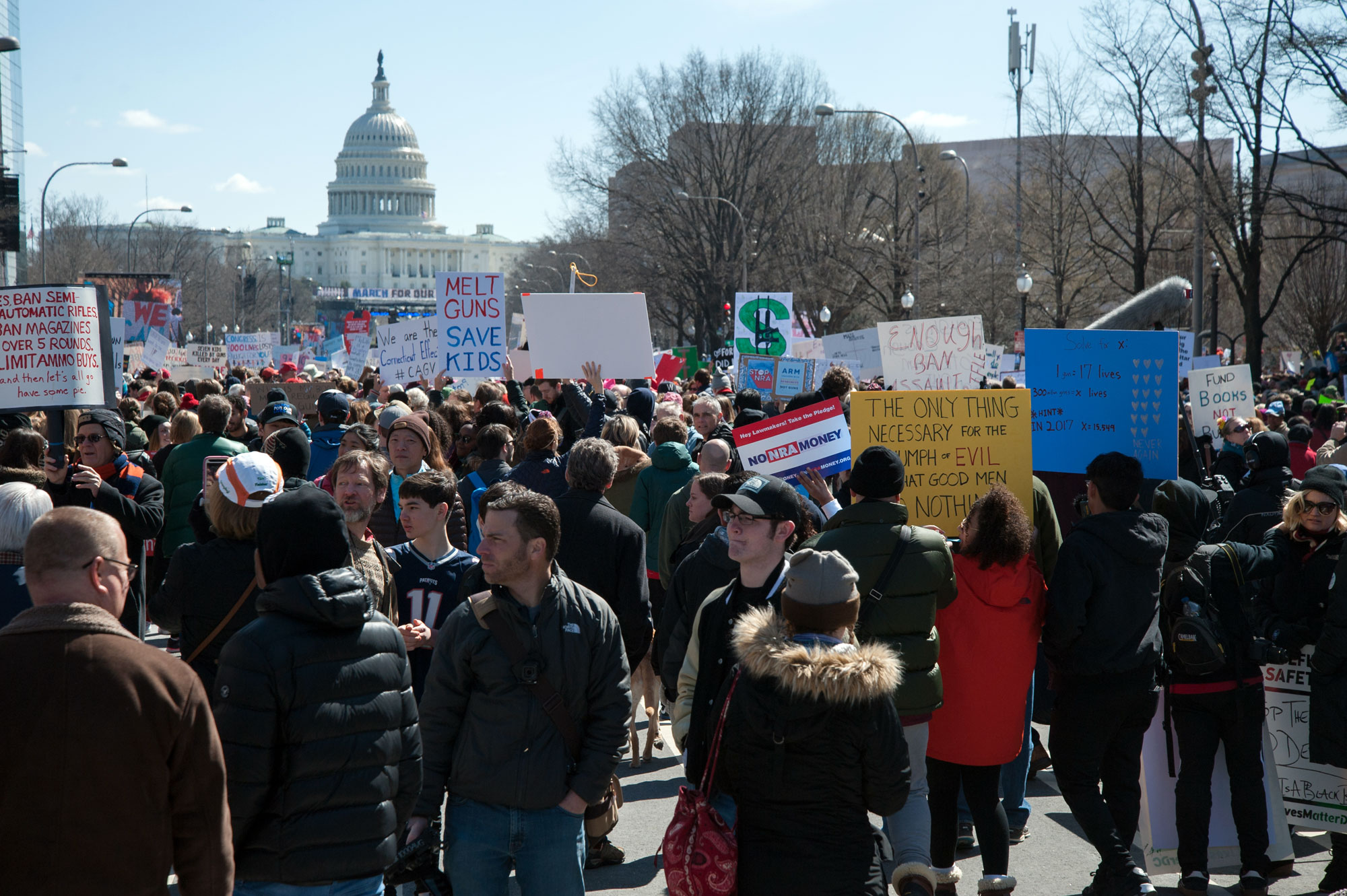 Just five weeks after the Marjory Stoneman Douglas school shooting in Parkland, Florida that felled 17 students, their classmates triggered and mobilized a nationwide movement that on Saturday exploded in 800+ marches across the US and multiple other countries with several hundreds of thousands marchers in Washington DC alone.

At the DC march 100% of the speakers were teens and preteens. They were focused, determined, eloquent, politically savvy, and consistent in their messaging. They expressed a combination of mourning with celebration, words of defiance with commitments to action.

After 144 deaths in over 270 shootings in schools where 187,000 students have been affected, it took teenagers to do what adults have failed to do — speaking up to take action to stop what have become war zones in schools.

In the wake of devastation the students didn’t defer to a let’s-see-what-happens attitude. And when they did not see their representative leaders address the root causes for mass shootings they declared that “thoughts and prayers are not going to cut it” and that action – theirs –was required.

In the corporate world where conscious and unconscious biases abound, the root causes of exclusion will not be extinguished until leaders, managers, and employees take it on themselves to call it out when it manifests and to implement solutions that get to root causes and work.

They are self-aware and inclusive of the vast diversity they represent.

One of the movement’s leaders, Parkland shooting survivor, Emma González, 18, is a Latina bisexual who is self-aware of her various intersectional identities. She acknowledged it in what the movement needs to be about. After meeting with a group of teens in Chicago on the topic of gun violence she tweeted: “The platform us Parkland Students have established is to be shared with every person, black or white, gay or straight, religious or not, who has experienced gun violence, and hand in hand, side by side, We Will Make This Change Together.” And in that spirit, on Saturday the speakers over the three-hour program on the stage were vastly diverse.

Corporate inclusive leaders need to also be intentional and create what at Korn Ferry we call “diverse-by-design” boards of directors, c-suites, project teams, high potential pools, candidate slates, sales teams, and writers of point-of-view white papers. Inclusiveness of diverse people doesn’t happen organically. In fact, the only thing that happens by default due to unconscious biases is exclusionary homogeneity.

They use their diverse biographies powerfully.

“I have lived in south Los Angeles my entire life and have lost many loved ones to gun violence,” is how Edna Chavez, a 17-year-old student and activist from south Los Angeles started her speech. “I learned to duck from bullets before I learned how to read. My brother. He was in high school when he passed away. It was a day like any other day. The sunset was going down on south central. You hear pops thinking they were fireworks. They weren’t pops. You see the melanin on your brother’s skin turn grey. Ricardo was his name. Can y’all say it with me?” and the hundreds of thousands of voices chanted his name over and over.

Also leveraging their biographies were the Parkland students who acknowledged their white and affluent privilege. “We recognize that Parkland received more attention because of its affluence,” Jaclyn Corin, a white female survivor of the Parkland shooting, said during her speech. “But we share this stage today and forever with those communities who have always stared down the barrel of a gun.” This self-awareness has led to their expanding their coalition to include youth in urban areas strafed by gunfire such as in Chicago and Washington DC.

Similarly, to be inclusive, corporate leaders need to be transparent about their diverse biographies whether they come from the majority or traditionally minority cultures and how that informs their worldviews and, in the process, invite others to share their own stories. It leads to a sense of belonging for all that generates greater employee engagement.

The Parkland students also show a way for white males to be part of the journey toward greater inclusion — that rather than denying their white male privilege they can actually acknowledge they have it and use it in the service of advocating for more inclusion and diversity in their organizations.

In sharp contrast to political leaders who since Columbine have actually loosened gun laws and where we have witnessed increased number of deaths from mass shootings, one March for Our Lives speakers said, “while they choose incrementalism, we embrace real change.” The change is about turning mourning and outrage into inspiration that leads to action. They understand the levers of influence and so their plans are specific as expressed by one of the MSD student leaders, David Hogg, 17. In addition to the call to register to vote, and to actually vote, the students of the movement plan more marches, townhalls in congregational districts where they are going to invite their congressional representative, lobbying of state legislatures, and collaborations and coalitions with youth in urban centers who are also losing their lives due to gunfire. They also are not afraid to be disruptive as evidenced by Edna González’s 4 minute 20 second silence in the middle of her speech that hushed hundreds of thousands on the streets of DC.

One of the key traits in short supply among corporate leaders today — as they face the realities of glass ceilings for traditionally underrepresented groups, as they face government policies and a current corrosive culture that hurt their employees of color, immigrants, women, and LGBT — is courage. The best practices for D&I are well known. The business case is already embraced. So why still no transformational change? The adults need to take their cue from the teenage leaders who spoke the truth — who had the courage to say basta!, enough, and to actually lead the change.

These teenagers demonstrated that all this can be done speaking truthfully about the underside of a violent society and yet with an optimism that the seemingly unchangeable can change. They still believe in the promise of the American ideals of life, liberty, and the pursuit of happiness. Like Martin Luther King, Jr. did a few generations ago, they are appealing to American society to rise up to its better self. Edna Chavez captured this spirit as she closed her speech, “La lucha, sigue, y’all,” The struggle continues, y’all.