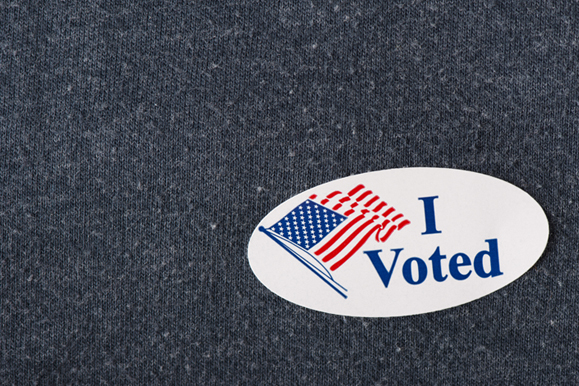 They have $1.3 trillion in purchasing power in the United States, more than the entire GDP of Mexico. They are projected to account for more than half of first-time home buyers in the US between 2010 and 2020. And they are becoming a force in the car market, accounting for one in four Toyota Corollas sales and 60% of Honda’s US sales growth.

Little wonder that as the US presidential election draws to its dramatic conclusion in coming weeks, the nation’s 55 million Latinos (40 million of whom are US citizens), will play a crucial role. Indeed, they will likely have their greatest impact ever on the selection of a new president, as they are on track to break voter registration and voting turnout records in various states.
But if Latinos are finally getting the political attention their population justifies, their influence in the workplace remains remarkably small—especially in leadership roles. According to the Hispanic Association on Corporate Responsibility, Hispanics held only 61 of 1,281 executive and director positions available in its 2009 Corporate Inclusion Index. That’s 7.9%. In 2013 it went down to 7.3%. Additionally, only 18% of Latinos work in management, professional, or similarly related positions. Not surprisingly, a 2013 Harris Interactive poll found that more than 75% of Latinos feel that people with their backgrounds are discriminated against in a variety of ways.

Change is occurring, of course, especially as more college-educated Latinos enter the workforce in greater roles. But companies unsuccessful at sourcing, attracting, and engaging this talent pool will see their talent pipeline shrivel up. Turning this around is not is not as simple as declaring zero tolerance toward discriminatory practices. Here are four strategies that can increase the odds:
First, executives, hiring managers and recruiters would benefit from more intimately understanding this demographic group, both as a cultural cohort and by connecting with many individuals within it. They would learn that there are common cultural experiences that inform elements of a shared worldview for many Latinos that can make corporate culture attractive.
Second, this exploration would also paradoxically demonstrate that there is vast diversity under the Latino umbrella: 27 different nationalities, different migration waves into the United States, different levels of Spanish and English proficiency, and different connections to country of family origin. This means that those engaged in Latino outreach must be aware of which Latin segment they are reaching out to so as to avoid mistakes. An example of an easily avoided gaffe: A company screened a Latino outreach video in Puerto Rico, where residents are US citizens, talking about the benefits of naturalization.

Third, become consciously aware that unconscious biases about the ideal leader profile may be inadvertently more skewed toward a European American understanding of strong leadership that may screen out coveted Latino talent that should have been considered. This means that the talent attraction and development processes may be infused with unappealing and non-resonating cultural assumptions for many Latinos.
Finally, invest resources and relationships with Latino advocacy organizations. Investing in community issues that matter to many Latinos is often the proof in the flan that the outreach for Latino talent is genuine.

Most companies are still asleep at the wheel not only of recognizing that there is a burgeoning Latino workforce, but even more of knowing what jobs might entice them. Companies that wake up and take action first will be best poised to win the talent war for a generation. Así es. That’s the way it is.
– See more at: http://www.kornferry.com/institute/the-latino-pipeline#sthash.pQfcE994.dpuf