Ya! The Time Has Come for Latinos to Claim Our Place in American Society

Andrés Tapia addresses the economic and untapped political strength of the Latino community. He encourages the community to review and leverage this strength to take its rightful place as a power broker in society. 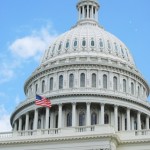 Power-cito, my Spanglish word for power-with-a-lowercase-p, is the Achilles heel of the surging Latino narrative. Despite our supersized growth, we have too much evidence that our power in many areas of society does not match our numbers.

As we joyfully celebrate and share our Latino roots during this year’s Hispanic Heritage Month, let’s also challenge ourselves to step it up and make our presence known and felt. Because when it comes to executive and senior leadership positions, political representation, and a marketplace that knows and meets our needs, we are not yet fully accounted for.

In leadership, according to the Hispanic Association on Corporate Responsibility, among the 1,200 executive and director positions available in its 2009 Corporate Inclusion Index, Hispanics held only 61 of those positions. That’s 7.9 percent. In 2013, it went down to 7.3 percent. Additionally, only 18 percent of Latinos work in management, professional, or similarly related positions.

Politically, we Latinos do not vote in numbers that the size of our population would suggest. In Arizona, for example, Latinos make up about 31 percent of the state’s population. Two-thirds (67 percent) of this population is native born, with a median age of 25 and a 57 percent home-ownership rate. These are the indicators of a potentially influential, voting-eligible population. Yet, many Latinos believe recent Arizona immigration legislation is detrimental to their community.

In the marketplace, there are still too few choices for products and services that cater to the needs, wants, and aspirations of the broad diversity within the Latino community — from the Spanish-dominant first generation Latino immigrant to the fourth generation Spanglish professional to the affluent MBA on the executive track.

The headwinds are both external as well as within ourselves. We must be vigilant about any discrimination and rally our allies in squelching it. A 2013 Harris Interactive poll found that over 75 percent of Latinos feel people with their background are discriminated against in the form of not being hired or promoted for a job and being called names or insulted.

But we ourselves also get in our own way as we seek to rise to the top. For example, many of the highly energized Latino advocacy organizations have a reputation for not being collaborative, and instead being highly competitive with one another. National origins and territoriality get in the way. A zero-sum game mindset feeds this.

We therefore have a splintering of advocacy groups — many doing insightful, passionate, committed work, but not in a coordinated, scalable way. But this splintering is what contributes to Latinos not displaying strength commensurate with our numbers.

But it’s time we stop looking to others to hand us the power. We need to, and can, rise up to meet it. For us as individuals, it depends on our own ability and willingness to speak up for ourselves and being able to take the more calculated risks required of leaders. And collectively it’s about finding ways to minimize the differences within our own Latino ranks and being able to leverage the many things we have in common to advocate more effectively for what we need and want.

Here’s what we can stand on. Fifty-five million Latinos, and growing, are out there shopping, traveling, banking, studying, and raising families. The Latino purchasing power of $1.4 trillion in 2014, the fastest growing in the United States, is greater than the economies of 11 nations, including Mexico, the Netherlands, Switzerland, Sweden, and Indonesia.

And as companies struggle with growth, Latinos offer a marketer’s dream target audience — young, growing, and underserved. With one-third under the age of 18 and 25 percent in their 20s and 30s, the majority of Latinos are near the peak of their spending years.

As we become homeowners, we are driving growth in the household goods industry at a time when other groups are cutting back on these purchases. The familia focus leads to purchasing for the here and now. Latinos over-index compared to other groups in the purchase of toys, BBQ grills, furniture, and eating out. This is consumerism driven by a worldview of many Latinos that what matters most is hoy (today), for who knows what mañana (tomorrow) will bring.

Even with the high unemployment tied to the Great Recession, Latinos account for 13 percent of the workforce and have a participation rate of roughly 68 percent. This is a higher workforce participation rate than among whites, African-Americans or Asians. From a numbers perspective, companies unsuccessful at sourcing, attracting, and engaging this talent pool will see their talent pipeline shrivel up.

Hispanics are tasting the fruits of entrepreneurship as well. According to a 2013 Geoscape study, Hispanic-owned business have grown to over 3 million, a 40 percent increase between 2007 and 2013, outpacing the growth rate for any other demographic group. They generated over $468 billion in revenues.

In addition, Latinos made a key difference in how the 2008 and 2012 presidential elections went. And with now both major parties deeply disappointing Latinos in one way or another, we are in a position to be more demanding about what it will take to win our votes.

So here we are. According to Pew Hispanic Research, Latinos are twenty-one percent of the millennial population. This is the precursor to all Latinos expected to be one-third of the U.S. by 2050. Latino is not a niche market; it is the market. Twenty-five million eligible voters nationwide, and over 6 million in places like California is not a side constituency, it is the margin of victory. Sixty-nine percent of Latinos going to college, the largest percentage of any ethnic group including whites, is not just a student body ratio, it is the future workforce.

We have the numbers behind us, as well as our optimism, our energy, and our ambitions. But we have to stop waiting for others to make the way for us. Se hace el camino al andar, you make your path as you walk it. Let’s stop playing it safe and instead take the necessary steps to be seen as the future power brokers of how things are going to be.

We have a the rest of this month to reflect on this. From there, time to take action.