Race and Colorism Alive and Too Well

Andrés Tapia discusses how skin color plays a role in social exclusion in Europe, Latin America and Asia despite protestations. 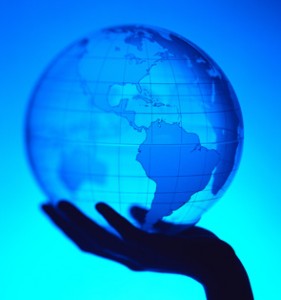 (The following article was originally published in Diversity Executive.)

Today, after nearly a decade of denial that race still makes a difference in
the United States, the #BlackLivesMatter movement that emerged in response to the shootings of unarmed black men Trayvon Martin, Michael Brown, Eric Gardner and Walter Scott is not letting the country sweep race back under the carpet.

But the United States is not the only country that must reckon with the unfinished business of racism. Despite protestations by locals, race and colorism continue to play an inordinate role in social exclusion in Europe, Latin America, and Asia where people are unwilling to admit that skin color still plays a role in marginalizing those of darker hue.

Europe struggles with a dearth of darker skinned leaders in the corporate world. In various European countries I have worked in and visited, Europeans’ self-image of their own egalitarianism flies in the face of deep housing and social segregation.

This is evidenced by the low-income neighborhoods of North Africans and Muslims surrounding Paris who in the past decade have erupted in violent protest against racial inequality. The Council of Europe just this year released a report titled “France: Persistent Discrimination Endangers Human Rights.” But race is difficult to talk about not only qualitatively but also quantitatively since a law was passed in 1978 that specifically banned the collection and computerized storage of race-based data.

In 2014, according Spanish advocacy group Movement Against Intolerance, of the 1,285 hate crimes reported to police across Spain, 37 percent were motivated by race. In the United Kingdom, the amount of those who self-report that they have some prejudice has risen to 30 percent in 2014 from 25 percent in 2001, according to an article in The Guardian titled “Racism on the Rise in Britain.”

These headwinds must be in play when considering a report by an organization called “Business in the Community,” which focuses on specific aspects of campaigning on diversity. It shows that less than 1 in 15 ethnic minority workers in the U.K. hold a management position.

According to the 2013 World Values Survey, 43.5 percent of Indian respondents said they would not want a neighbor of a different race and, according to 2014 survey by the National Council of Applied Economic Research and the University of Maryland, 27 percent of Indians still practice caste untouchability, the practice of ostracizing a group by segregating them from the mainstream by social custom or legal mandate.

In a 2013 study by the Institute of Policy Studies and OnePeople.sg, 1 in 2 Singaporean residents do not have close friends from another race, and only 71 percent of Singaporean Chinese believe it is a good thing that Singapore is made up of people of different racial groups. This correlates with the fact that 1 in 10 Indian and Malay respondents (the largest minorities in Singapore) perceived being treated worse than other races when using public and other services.

Various Latin American countries will bristle at the notion that racism may be at play in their societies. Yet, there is an unmistakable pattern: The darker one’s skin is, the lower they tend to be on the socioeconomic ladder.

In Brazil, which is about 50 percent black or mixed race, there is a lack of black representation among executives, senior managers, and managers. Spend time in the business district of Faria Lima, and they are not evident. Even at a recent corporate diversity conference by a reputable global diversity and inclusion organization, the highly committed participants from major corporations could not muster racial diversity even in the most token of ways.

Despite protestations that skin color does not matter, why does Brazilian Portuguese have a Crayola-like color scheme with 134 different terms to capture different skin color gradations? These gradations don’t just make for interesting conversation; they make an economic difference.

According to a BBC report, “on average, white and Asian Brazilians earned twice as much as black or mixed-race Brazilians … black Brazilians are much more likely to be poor and rarely reach the top levels of business or politics.”

Between the realities of racial profiling on the streets, to rising prejudice and distrust of those of darker skin, and the continued dearth of people of color in leadership positions, where does this leave diversity practitioners? That even as we rightly broaden the definitions of diversity to be about myriad dimensions of difference, race wherever we look — whether we like it — still matters.