Andrés Tapia discusses how companies must rethink conventional dimensions of identity and inclusion. He links scientific advances that examine the diversity of the human genome with diversity advances in the workplace. 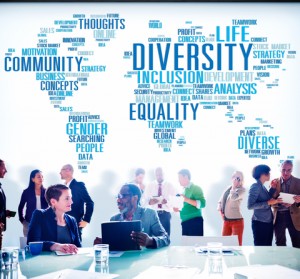 (The following article was originally published in the Korn Ferry Briefings on Talent & Leadership.)

As minorities become majorities, organizations must rethink the conventional dimensions of identity and inclusiveness.

Deep in the pristine laboratories of pharma giant Roche in Basel, Switzerland, molecular scientists are experimenting with and achieving breakthroughs on a new understanding of diversity. Not that they would characterize their quest for blockbuster designer drugs in terms of understanding diversity. But their work is now guided by a scientifically evolved understanding that human beings are so genetically diverse that the future of curative and palliative care lies in moving away from the manufacture of mass-application drugs, in favor of drugs that are personalized to each individual patient’s chromosomal profile. In their parlance, this is “precision medicine”—in essence, it is individualized medicine.

What the scientists are witnessing at the genetic level is also taking place in society. Demographic changes have been so massive in the past generation—in nearly every country in the world—that while diversity is more relevant than ever, the way we think about it is obsolete. The stalwart paradigms of group identity based only on race, gender, age, sexual orientation, or disability no longer cover the scope of our multidimensional identities. No one is just black. Or Latino. Or female. Or gay. Or blind. We are much more complex than that. We have entered the age of ultradiversity.

In this era, we need to invent “precision talent” strategies applying principles analogous to what pharmacologists are doing with drugs. We must be ready to address the “Diversity of One.”

But there is a counter-force that seeks to minimize differences. The intentions may be benevolent or sinister, but either way they have a damaging effect on societal wellness as well as talent strategies. If we ignore the reality that these differences exist and are only getting more complex, and that they must therefore be addressed, we will contribute to mounting social and work force pressures. Think #Ferguson. #BlackLivesMatter. #ArabSpring. #GlassCeiling. #HigherTurnover.

As we grapple with Diversity of One, we must rethink basic assumptions about diversity. What does “minority” mean when “minorities” are majorities? What does it mean that those who are young have more experience with the supernova-hot trends of digitization, social media, and globalization than 25-year careerists do? What does it mean that it’s still a “man’s world” when two-thirds of undergraduates in the U.S. are women and by 2025 in the U.K., for example, women are expected to possess 60 percent of all personal wealth? What does “disability” mean when there are plentiful examples of people with disabilities outperforming those who are supposedly able-bodied? What does it mean to be “closeted” in sexual orientation when Tim Cook, CEO of Apple, the biggest, most valuable and arguably most influential company in our daily lives, comes out as a gay man? Or that the president of the United States is biracial?

The answers to these questions also challenge many current talent strategies that are failing to address the implications of ultradiversity. Let’s look at some of these new aspects of diversity within three well-established dimensions (race/ethnicity, gender, and disability) and what new and innovative human capital strategies are needed to address them. These then can serve as templates for exploring the implications for a much broader set of diversity issues such as globalism, nationality, faith, generational thinking styles and personality, to name just a few.