Creating Unity in a Broken Community: Eradicating Violence and Discrimination

Candi Castleberry Singleton provides a guest post and offers her thoughts on recent news items about race and police relations with communities. 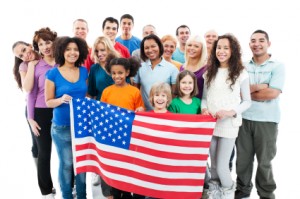 This is a guest post by Candi Castleberry Singleton, chief inclusion and diversity officer, UPMC/University of Pittsburgh Schools of the Health Sciences. The piece originally appeared on her Facebook page.

Until now, I’ve avoided my deeply personal thoughts about all of this news. My heart is so, so heavy.

At age 12, on my way home from school, I was confronted by six  White LAPD officers who pointed guns at me and accused me of robbing a hamburger stand on 8th Ave. This was clearly not the case. When they were done harassing the 12-year-old me, they just left. Long story short, I’m grateful to be alive.

At age 18, two Black men mugged and dragged me down an alley on Century Blvd. Inglewood PD arrived and caught one of the two. My mind and body were bruised. Needless to say, I’m grateful to be alive.

Years later, I married a police officer, who served for 16 years in the Bay Area. I’ve prayed for him every day because he was a police officer (he’s no longer an officer), also because off duty, he is a Black man.

I’ve spent many days worried about both sides of this situation. We all know that there are both good community citizens and good officers. There are also bad citizens and officers. We simply CAN’T stereotype ALL people, roles, or functions; this doesn’t move any of this forward.

Today, I pray for families, police, collaboration, and peace in our streets and neighborhoods. I pray community leaders and elected officials will listen and hear the voices and concerns of the people they serve.

I pray we will share our point of view responsibly, vote, and do our part to hold each other—including our friends and family—accountable to make our world a better place for ALL to live—with ALL of the differences.

As a Berkeley grad, I’ve done my fair share of protesting and advocating (but nothing compared to those before me.) What I’ve come to believe is we CAN find common ground when we recognize that issues can often be resolved by working together and respecting others. Differences are ONLY barriers when we allow them to be. We can accomplish more working together than alone, meaning Black & White, police & communities, citizens & leaders, etcetera. There is power in the “&”!