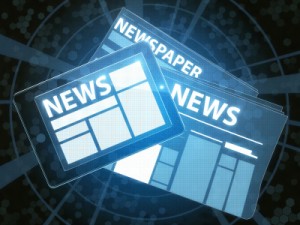 Extra! Extra! Read all about it! Diversity and inclusion among biggest headlines right now:

Triggered by these headlines, as people take to the streets to extol progress on LGBT issues and rail against injustice on racial ones, and as the pundits release their torrent of words that range from the inspired to the insipid, what are diversity and inclusion (D&I) leaders’ unique contributions to what is unfolding? I would love to know what you see as the compelling answer to this question. Write to me here.

To whatever it is you have to offer and what many others have already brought up insightfully in terms of equality, profiling, justice, and opportunity, I’d like to offer this: crosscultural dexterity (or crosscultural competence). The absence or mastery of it makes a pivotal difference in how these issues are being decided and interpreted not only in the courts, but also as related issues show up in corporations.

Before elaborating, I need to get a little technical, but I assure you the pay off will be worth it. Here’s a sound bite primer on one way in which crosscultural dexterity is measured. Based on the Intercultural Development Inventory (IDI), where the model was developed by Milton Bennett and measured by Mitch Hammer, people can fall anywhere along a spectrum when it comes to cultural differences:

Where does all this fit in having a deeper understanding of the various actions on the part of the Supreme Court and the jury in the Zimmerman trial? It’s the consistent thread of a minimization worldview in full manifestation.

In some of the legal decisions, minimization is leading to good, healthy, constructive outcomes, yet in some other situations it’s leading to very unjust outcomes. Understanding why this is requires the kind of cultural dexterity that is in short supply in society in general.

The American ethos of the Melting Pot comes from the place of minimization. In many, many ways it has yielded powerful outcomes including one of the most pluralistic societies in the world. And in some of the recent Supreme Court decisions on DOMA and Prop 8, this minimization worldview has yielded good and just results.

Consider how we are in the midst of an inflection point where many of those who might be unsupportive of gay rights are yielding to a countervailing force that is the bedrock American concept of equality embedded in the U.S. Constitution. This is why the Supreme Court justices, out of their minimization worldview that difference should not make a difference, declared that there’s no basis to say that certain groups of people have more or less rights just because of the person they choose to love. In the end, their decision minimized difference and said that it should not make a difference.

This is an example of the way minimization can play out in a very effective way. In fact, minimization played a positive role in launching the Civil Rights Era as a way of countering the societal polarization going on. At the time, people were highlighting differences in destructive ways to discriminate against and segregate people due to their color or gender. Instead, this minimization worldview helped construct legislation and the attitude that difference should not make a difference when it came to access to services, education, jobs, housing, etc. That’s powerful. That’s minimization in a good way.

Where Minimization Can Destroy

Where can minimization be destructive and even justify discriminatory activity? When it’s used to minimize and deny that differences can make a difference where they really do. As discussed, minimization seeks to be colorblind (“When I see you I don’t see the color of your skin”) and gender blind. And how we wish this were true in terms of equal outcomes, but it’s a self-perception fallacy that we can truly not notice race, gender, and by the way, age—the three things psychologists tell us are the first three things we take into account when we meet someone.

In the public arena, the reality is that society is far from achieving this. It is through unconscious and conscious biases that we end up with unequal outcomes. I recently co-wrote a paper with Kathy Phillips, a professor at Columbia University Business School, where we show conclusively that in so many arenas of society—health care, income, racial profiling, arrests and incarceration, career advancement—there are deep and systemic disparities. For all our desire for a minimization worldview to be true, it’s not. Because if it were true, difference would not make a difference and therefore there would be no disparities.

Which takes us to the recent rulings on race. The Supreme Court has used a minimization worldview to justify weakening the Voters Rights Act that was put in place because Blacks were being disproportionately prejudiced against in terms of their ability to exercise their right to vote. Therefore nine states required special supervision in order to ensure any voter registration law changes did not lead to vote suppression. The Supreme Court justified weakening these provisions rooted in the minimization worldview that, Hey, it’s the 21st century. We have a Black president. That was back then, this is now. We are colorblind. [1]

This is the same line of argument being used to continue weakening affirmative action. Even though the Supreme Court punted on the University of Texas case and they put it back to the lower courts, there were clear indications on the part of those who don’t agree with affirmative action that its time is over.

The latest, most egregious, outrageous, and hurtful evidence of the minimization worldview playing a destructive and unhelpful role is in the recent Zimmerman verdict regarding the shooting of Trayvon Martin. Here is an African-American teen walking from his house to the store to get some Skittles and an iced tea and walking back, which should have been the safest set of circumstances that one could be in. He’s trailed by a stranger in a car with a gun. There’s a confrontation. The boy ends up dead and the shooter ends up being let go and declared not guilty.

Did race play a role? Even though the defense said no, and the judge said no, and even the boy’s family and the prosecution said no, minimization was at play big time. Read this New York Times article, “Zimmerman Prosecutors Duck the Race Issue,”  through the minimization worldview and you will see how it unfolds.

The truth is that had he not been Black he would not have been followed, triggered by racial profiling. That’s why he was confronted. Whatever altercation took place, it was the logical outcome of an environment where difference did make a difference in why Trayvon was being followed. In this case it was a racial difference, and it ended up tragically. But the law, and in this case all the key players including the prosecution, assumed minimization.

The minimization worldview is so pervasive and entrenched that even the prosecution did not want to demonstrate greater crosscultural dexterity by helping the jury move toward acceptance and adaptation and in that realize that there are still too many times where difference does make a difference.

And hence the outrageous verdict, because clearly race played a role—and the firestorm of public reaction that is pivoting around race proves this. Sure, there’s a law at play in terms of the burden of beyond reasonable doubt and the hugely problematic Stand Your Ground laws and in a court of law a jury must operate within the constraints of the law.

It’s understandable why the defense would want to take race out of the equation, and they were doing their job. But for the prosecution to strategically also say “this was never about race” stripped it of one its most potent prosecutorial lines that could have confronted the jury’s minimization worldview and challenged them to move toward acceptance and even adaptation in seeing how difference—in this case race—was at the heart of what happened and why. Of course, their verdict may have ended up the same but we will never know what would have happened if the jury had not been left off the hook of answering the question: why was a stranger with a gun following a young Black teen walking home?

Does race make a difference? Yes.

Does gender or sexual orientation make a difference? Of course.

In a society that wants to hold on to its minimization worldview we, as diversity practitioners, need to be skilled at surfacing these differences in a way that is post Civil Rights Era, but not post racial. This is not easy, as evidenced not only just through our own experiences, but also in watching the first Black president of the United States navigate the issue exceptionally carefully. While picking his spots of when he will weigh in (often to the chagrin of people of color wanting him to speak quickly and forcefully every time), when he has spoken he has indeed demonstrated a facile use of cultural dexterity that serves as a template for how we can do the same. (View President Obama’s comments on the George Zimmerman verdict.)

We must be skilled at constructively surfacing differences and discerning when difference doesn’t make a difference and when it does. If we don’t know how to do that and we don’t teach our corporations and our society to do that, organizations, institutions, and courts are going to continue to make ill-informed decisions that lead to unfairness and injustice to those who continue to be disenfranchised or discriminated against in one way or another.

Conversely, as we step into the breech not just as advocates and seekers of justice, but as skilled facilitators for the necessary conversations and understanding that need to happen, then our crosscultural dexterity can be one of the most helpful things we can offer in this paradigm-shifting time.

How to ensure this headline?: Extra! Extra! Read all about it! D&I leaders lead the way to understanding, healing, and opportunity.