Diversity and the Rise of America’s Second-Tier Cities 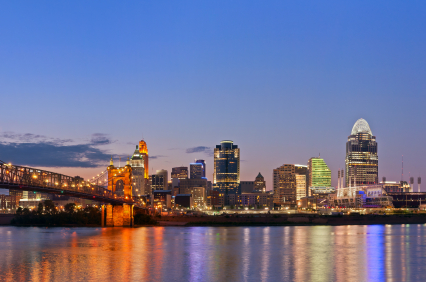 The Cincinnati skyline at twilight

In my work as president of Diversity Best Practices, I travel around the country a lot—meeting with members, consulting, giving speeches. While my engagements often take me to the usual big cities—New York City; Boston; Washington, D.C.; San Francisco—increasingly my work is pulling me to second-tier towns. Like most people, I had preconceived ideas about our country’s smaller cities—slower paced, homogeneous, lacking in resources and amenities. To my surprise, there is a fervent movement around diversity and inclusion in these secondary cities that I believe is evolving into a national trend.

From Pittsburgh to Columbus to Omaha to Grand Rapids to Milwaukee to Indianapolis to Minneapolis, cities that people have typically assumed lack diversity are more diverse than people think. In fact, the percentage of racial minorities in Pittsburgh; Columbus, Ohio; and Milwaukee surpasses that of New York City. And Grand Rapids and Milwaukee come close to rivaling the Big Apple in terms of the percentage of Latinos.

What’s more, because many of these cities are experiencing economic growth the imperative of diversity is growing right along with their rising economic indicators. Omaha has the lowest unemployment rate in the country, Columbus one of the fastest economic growth rates, and Pittsburgh is the poster child of a city making the pivot from an industrial economy based on steel to the new economy of finance, healthcare, and technology.

In their growing dynamism, companies in these second tier cities are awakening to a realization that not only do they need to leverage the diverse talent pool already in the city; they need to bring in more talent from outside to keep their economic growth momentum. This means attracting more diversity—racial/ethnic, immigrant, LGBT—to cities that on first blush may not be seem to be magnets for big-city types from groups that historically may not have felt welcome.

It’s this legacy perception that they lack the diversity and amenities found in major metropolitan areas that poses a fundamental challenge to these second-tier cities. If they don’t overcome it, their economic growth may stall out due to lack of talent.

So companies in these markets are working together to get their diversity story out. I have been with passionate diversity leaders in Milwaukee, Columbus, Omaha, and Cincinnati, where they have banded together through city-wide diversity councils where big and medium-sized companies (even competing organizations) are addressing their common diversity challenges. They’re also partnering with their local Chambers of Commerce and city development organizations to make their cities more attractive. Because when it comes to attractive city life its not just about seeking tolerance; it’s also about finding a place to do my hair, find my spices, boogey to my music. So these diversity leaders are helping their cities with the following three-prong communications effort.

These systematic, city-wide approaches already in action are the key to achieving greater diversity in these smaller cities. The next step involves metropolitan-wide collaborations with local businesses—grocery stores, beauty salons, barbershops and more—in an effort to truly meet the needs for lifestyle amenities that potential residents seek when contemplating a new home. The effort is a win-win for all involved—these cities and their residents and the companies located there. For an influx of greater diversity will mean a growing population with needs for all kinds of mainstream and exotic goods and services.

This trend is still evolving. Keep your eyes open. There’s an emerging diversity story here, in a second-tier city near you.