Coming Out Is About More Than Being LGBT 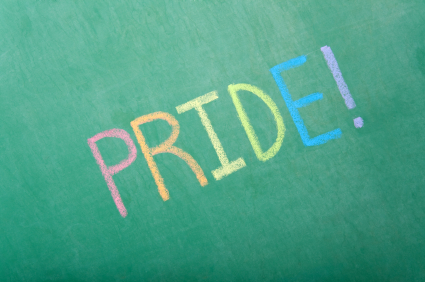 In recognition of National Coming Out Day, my thoughts about diversity and inclusion and those who are lesbian, gay, bisexual, or transgender were published by the Huffington Post.

To be out or not to be out: a difficult, often agonizing decision that those who are lesbian, gay, bisexual, or transgender (LGBT) must grapple with continually.

Recent events would lead us to believe it’s safer to be out today than it was in the past. Last year’s implementation of the repeal of “don’t ask, don’t tell” in the military and the increasing number of states recognizing marriage equality are just a couple of landmark societal shifts. Nevertheless, despite this progress, bigotry and discrimination endure, and fear of judgment or rejection still prompts many to keep their LGBT identities hidden.

In fact, a 2011 survey by the Center for Work-Life Policy revealed that 48 percent of LGBT workers do not feel free to be out at work. This comes at great personal cost, and it robs organizations of getting the best contributions from their LGBT talent, because closeted employees must divert a substantial amount of their creative and emotional energy toward obscuring and deflecting a fundamental aspect of their identity. Pronoun minefields must be navigated, weekend-plan conversations must be repositioned, and preferred ways of expression must be curtailed. So energy-draining is this closeted existence that LGBT employees who are not out report significantly greater feelings of being stalled in their careers and greater dissatisfaction with their rates of promotion and advancement. They are 40-percent less likely than those who are out to trust their employers and 73-percent more likely to leave their companies within the next three years.

In my work as a diversity practitioner and as president of Diversity Best Practices, I’ve seen companies pay a heavy productivity cost due to this disengagement. Closeted behaviors — and the noninclusive work environments that induce them — not only drag down workers’ spirits, but they hinder companies’ productivity. This is one of the big messages of National Coming Out Day, which is on Oct. 11.

On this day, thanks to the LGBT community, we have the opportunity to raise a banner on behalf of everyone who feels that they must hide who they are. While not presuming any equivalency in the ways people address their hidden differences, people with hidden disabilities, for example, often weigh whether they should reveal what makes them different from their colleagues. The same goes for caregivers of people with disabilities; parents who have created families through adoption, surrogacy, or other nontraditional methods; introverts who have to fake it to succeed in a world that values extroversion; etc. As we can see, there are many people limiting their potential because they don’t feel free to be who they truly are at work.

The LGBT community has led the way in illustrating both the impact of not being out and the power of being out. It’s our differences that make us stronger and the world we live in better. The way forward is to recognize that coming out isn’t just about the individual. The environment we create affects the coming-out experience and, for many, the decision of whether to come out at all. This is particularly true in the workplace. Unless there is an inclusive work environment (for example, one where LGBT employees feel free to put pictures of their partners on their desks, disabled employees feel free to discuss the help they need in addressing their disabilities, and introverted employees feel free to reveal their preferred introverted ways of sharing key insights), employees will continue to check an essential part of themselves at the door each day when they show up for work.

On this Coming Out Day, ask yourself: Where is it that you are complicit — in your language or silence, behaviors or inaction — in keeping people, including yourself, in the closet? It’s time to stop being bystanders and start pressing more forcefully for nurturing, welcoming environments that draw people out of their closets. And for those who are feeling trapped, as these environments begin to change, it’s time for the courage to push the door open from the inside and step out of the shadows.