Globalization Boomerang: Making the U.S. a Destination for Offshored Jobs – and What It Could Mean for Diversity 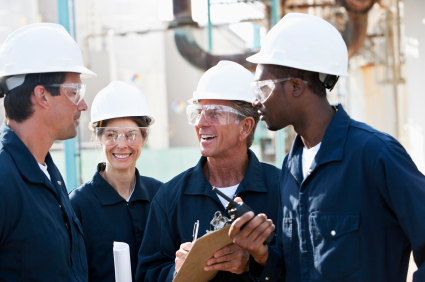 Sending American jobs overseas has lost its cachet. Not only for sociopolitical reasons but also for economic ones.

The case for offshoring and outsourcing jobs overseas has weakened as an increasing number of U.S. manufacturers are choosing to look stateside for labor, a move that creates jobs and helps boosts the U.S. economy. So says Time in “The Economy’s New Rules: Go Glocal” (August 20, 2012). In fact, the Boston Consulting Group estimates that within five years, as many as 3 million high-skilled, high-demand manufacturing jobs could come back to the United States.

But the ability of American government and business to tend to the diverse talent pipeline – particularly of Latinos and Blacks – will be critical in the U.S. economy being able to seize the full benefits of the convergence of forces that could bring more jobs back to the USA. But before taking up this gauntlet, a look at what’s driving American companies to bring jobs back home:

These trends are not just influencing American companies to bring jobs back home; they also are cajoling European and Asian companies to open up more plants in the United States. Airbus, the airplane manufacturer that is a symbol of European manufacturing pride, is opening up a plant in Montgomery, Ala. In making the announcement, its CEO, Fabric Brégier, cited “a more competitive labor and growth climate in the U.S.” Companies like Nissan, Toyota, and Volkswagen have been pumping up the local economies of cities around the nation by opening or expanding plants.

Back to the U.S.-based companies. There also seems to be an awakening on the part of some CEOs about how they are, in effect, eating their own young by having aggressively moved so many jobs overseas. When American businesses shift millions of jobs from home to outside, the domestic consumer market gets decimated. The result? Stifled business growth that causes economic blowback for these very companies.

Now is the time to include American workers in any globalization strategies and efforts. In the past five years, we had moved from a U.S.-and-“rest of the world” paradigm to an emerging-“rest of the world”-and-declining-U.S. paradigm. Now it’s time to reframe it all to a “the world”-where-the-U.S.-is-a-region paradigm.

I engage this topic fully aware that as diversity and inclusion practitioners we are also tasked with ensuring a truly global approach to the work where we are caring for the inclusion and engagement of traditionally marginalized groups wherever our companies operate in the world. Zeus knows, we are still in diapers when it comes to truly being global in our mindset and knowledge about current social, cultural, economic, and political dynamics across the world’s timezones.

Nevertheless, in using this global mindset where the United States is not the center but one of various global regions, one of the marginalization issues we must address in the U.S. region is persistent high unemployment and the income disparities it deepens. In addition, the global economy’s vitality that is raising millions out of poverty still requires a vibrant U.S. economy with a positive outlook.

Now to respond to the gauntlet. As the offshoring tide begins to turn, diversity and inclusion must play a key role in capitalizing on ensuring these jobs fully come back.

On the diversity front, one dizzying risk is the uncertainty that there will be enough skilled workers for these positions. If we are not graduating half of our demographically booming Latino and Black kids from high school then it could kill the re-shoring of many of these jobs.

Business must urgently collaborate with government and not-for-profits to do everything possible much earlier in the education pipeline so that our students are getting and completing the education they need for contemporary jobs that are in demand.

We face a wrenching irony that at the moment of getting a shifting tide of jobs back that the skilled talent needed will not be there in a moment of still high unemployment.

On the inclusion front, what an opportunity to capitalize on a key competitive differentiator of American culture – creativity and innovation. Not only is this a hallmark of the American character, it’s the very thing we diversity and inclusion practitioners insist is the most compelling argument for inclusion – and this is that greater diversity leads to greater variety and richness of perspectives, that when energized and unleashed through an inclusive culture, leads to even greater creativity and innovation.

Diversity and inclusion practitioners have an important role to play in getting this word out – and in bringing U.S. jobs back in.