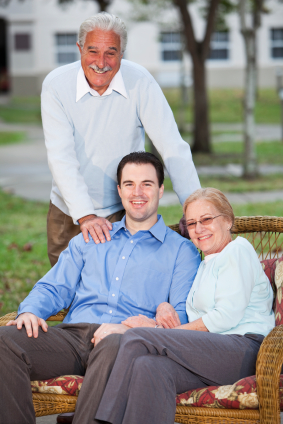 It’s the subject of much Boomer handwringing and comedy routines: the boomerang adult. That’s the kid who on finishing post-high school schooling (or after a brief foray on their own) returns home to live with Mom and Dad.

Boomer parents are not imaging things. Their sons really are coming home to roost. And yes, it’s primarily a guy thing. That’s according to the U.S. Census, which found that from 2005 to 2011 the percentage of men age 25 to 34 living with their parents rose from 14% to 19%, but only increased from 8% to 10% for women of the same age.

If it’s any consolation to American parents, this trend is global. Young people in Europe, Japan, Canada, and other areas are taking longer to transition to adulthood. In Italy, 37% of men 30-years old and up have never left home. There are men in Japan pushing 40 still living at home. And reports from the UK show 25% of young adult males are still at home, compared to 13% of women the same age.

In a Salon.com piece that looks at this phenomenon, author, sociologist and a Johns Hopkins University dean Katherine Newman talks about her interviews with people in six countries in southern Europe, the Nordic states, Japan and the U.S. She explains some of the reasons behind this global trend.

Globalization and the recession are making it harder for new workers to enter the labor force, and the cost of housing is climbing. But other social and psychological factors are at play too. The result is a sometimes rocky, sometimes serendipitous experience for these families as they struggle to redefine adulthood and familial roles in the face of overwhelming global economic forces.

I’m glad that Newman realized that it’s more than economics keeping young people at home. There’s something else going on here and some of it’s cultural. Typically, young people in North American, Japan, UK, and the Nordic countries moved toward independence sooner than in other countries, like Spain or Italy. Newman talks of the cultural differences between countries. How a particular society describes this trend reflects cultural and social attitudes as well as political and governmental policies.

More than just an interesting demographic trend, this development is also an expression of multi-faceted cultural divisions – among countries, among generations, and between genders.

What Boomers believe is the normal transition to adulthood will soon be upended by the experiences of Millennials and Generations X and Y. Depending on where they live, parents from differing regions and countries will welcome, decry, or simply accept the return of their “adultsters.”