How to Influence Real Inclusion 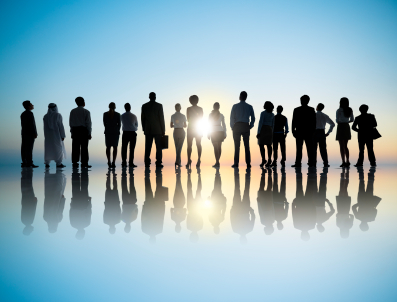 Next generation diversity and inclusion calls on us to go beyond just measuring the diversity within our organizations. This new landscape requires that we also measure inclusion.

In an earlier posting, I talked about engagement being the first of three key metrics in measuring inclusion. The other two? The strength of the diverse talent pipeline and the degree of influence and decision-making power among leaders to make way for the diversity of talent to rise to the highest levels. In this post, I address the latter one.

Measure Inclusion by Assessing Whether Leaders Are Truly Serious

Many companies today can claim to reflect the available labor force – at the entry level. But even in the best companies for diversity, the glass, bamboo, concrete, rainbow, you-name-it ceiling is more obvious than ever. Below it? Tons of diversity. Above it? Not so much.

Therefore, one key metric of inclusion is not how diverse the organization is as a whole but how diverse it is at the top – on the board, on the executive team, at the senior-management level. The strategies and programs to address this are not shrouded in mystery waiting for some diversity Houdini to conjure some great escape. It’s simply about the will – and therefore the accountabilities – to make it happen.

It’s time for CEOs and their executive teams to prove their commitment to diversity and inclusion by holding hiring managers accountable for results in this area. This is a measure of the leaders’ own degree of influence and decision making power in this arena. Why? Because there are all kinds of reasons (some valid, others not) why leaders are uncomfortable with efforts to measure results.

Legal counsel bears down with frightening scenarios. After-work golf partners “tsk, tsk” during foursomes about the slippery slope of political correctness. HR balks at issues of enforceability. These are not trivial objections. But since when have executive leaders not had to deal with objections about things they care about, that require culture change – new incentives, putting aside long-standing tradition, or working with attorneys and colleagues to find creative and legal ways to achieve objectives. In other words, if they believe it, truly so, they find a way.

Sodexo has. At this French-headquartered food services company, 25 percent of leaders’ bonuses are tied to how well they are doing in advancing women into leadership. And get this: they do so regardless of their business numbers. The result? The representation of senior women leaders has been steadily climbing. This accountability is making a material difference in creating inclusion at the influence and decision-making levels.

The Federal Reserve Bank of Chicago has, too. In the past, many senior leadership positions were filled by talent that the hiring manager had developed and groomed for advancement. Recently, the Bank has been posting and competitively filling more senior level positions. Instead of leaving hiring and promotion decisions solely to the discretion of one person, the Bank enlists a cross-section of leaders to serve as a hiring panel. As a result of these steps, senior leaders have been exposed to candidates they did not know and candidates who had skills they were unaware of. And the result? In a recent round of promotions, three of the four selections were from traditionally under-represented groups. And hiring management, who was skeptical at first, now supports the new process.

At both Sodexo and the Federal Reserve Bank of Chicago, these accountabilities are making a material difference in creating inclusion at the influence and decision-making levels.

So how to better impact the degree of influence and decision-making power of leaders in creating more diversity and inclusion at the higher echelons? A few tips:

This last point really works. I remember when the CEO of Hewitt Associates, Dale Gifford, asked me to be the first Chief Diversity Officer at the company. He told me it was the right moment. He told me he wanted me in the role. He told me he was committed. And right there, we had that moment of truth. I looked at him and asked the question that implied a query about his influence and power with me and his leaders. I needed to know that as I stepped out with new ideas he would have my back. The answer was, “Yes.” He was true the whole way through.

With that “Yes,” I knew that at least on this measure of influence and power, we had one key ingredient for moving the needle on inclusion. And we did.

In a future post, I’ll share my thoughts on the other critical measure for inclusion: the strength of the talent pipeline. In the meantime, I would love to hear from you about this topic. Do you have a story about executive-level influence and decision-making power on inclusion? Share your thoughts in the space below.