Now, More than Ever, Diversity Work is Global 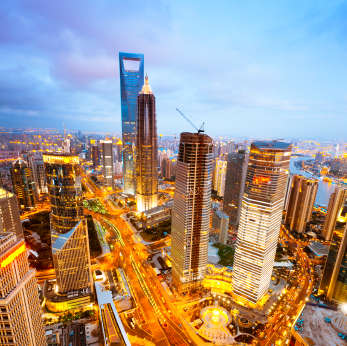 As part of part of an annual global initiative conducted in partnership with Working Mother Media (our parent company), Diversity Best Practices recently hosted a Best Practice Session in Shanghai, China. The November 2011 event was just one of the ways that we are actively pursuing, capturing, cataloging, and disseminating best practices from around the world and ensuring that our members get exposure to global issues firsthand. Previous events featured diversity and inclusion sessions in countries such as India, South Africa, and Brazil.

In Shanghai, participants had the chance to experience China’s culture and diversity. It’s one thing to read about the country’s boom in the headlines; it’s another thing to be on the ground and feel the pulse of a nation that is seizing the opportunity of a developing global marketplace. While there, we experienced the reverence of walking through the serenity of the Yuyuan Garden and minutes later being in the center of one of the most modern skylines in the world.

Diversity is a hot topic in China right now and the work in this area is as urgent there as it is in the United States. There are big questions around the advancement of women, work life, and managing multiple generations in the workplace. Like in the United States and other countries, there are things that are clearly visible around diversity and inclusion that companies are ready to engage in and there are some things that leaders are not in tune with that are very real. The Chinese will often say that the race issue is not relevant to them because they all share the same race. While China may have little racial diversity, the country is not removed from the tensions that can come from having a diverse population.

I had an interesting insight during my visit to the Shanghai Museum. There was an exhibit about China’s ethnic minorities. When I looked at the exhibit map, I noticed that the eastern part of China, which is where China has been developing, it’s all Han Chinese. The majority of the other ethnicities are in the west. It struck me that as China expands westward, companies are going to run into diversity issues with Han leaders trying to engage and manage a non-Han workforce. It was very evident from the exhibit that people who come from these various ethnic groups have different histories and experiences and they likely have different world views that will be apparent in their preferences in what they look for in talent management and engagement.

Currently, this aspect of diversity is not on Chinese business leaders’ radar screens, but it’s going to hit them sooner rather than later. One of my takeaways from my experience in China is that we, as diversity practitioners, regardless of the country we come from, have a lot to learn about how diversity and inclusion is playing out in other countries. Because of our previous experience in the United States, we have a unique perspective to offer employers in other parts of the world.

At Diversity Best Practices, we’re expanding our relationships with thought leaders, government officials, and local leaders that will allow us to be more insightful about the reality of business and diversity in China. These relationships give us access to resources to enrich our research and hold a position at the forefront of thinking in the field.

However, China is not our only area of interest. India and Brazil are ripe with diversity challenges and insights and we’re already making plans to host events in Bangalore and Sao Paolo in 2012.

In the meantime, I hope you will take the opportunity to learn more about diversity and inclusion in China. We will be hosting a teleconference in which we will share our learnings from Shanghai on Thursday, January 19. A white paper from the event will be published shortly after. Additional information about diversity in China is available in our recently published Global Diversity Primer.

The more we learn about diversity and inclusion around the globe, the more effective we will be as practitioners at home and abroad.

Adelante (onward) in the work!