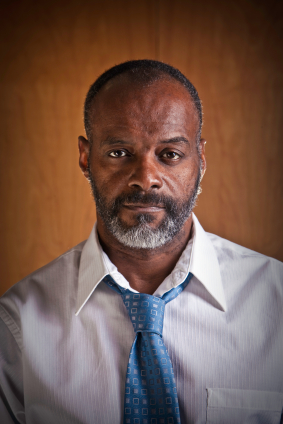 It’s a period that Charles Dickens could have written about if he were still alive today: “It was the best of times; it was the worst of times. It was an age of wisdom; it was an age of foolishness.” Or, as Rev. Jesse Jackson describes in a recent Newsweek article, “As we celebrate events that recognize Dr. King’s impact and legacy, we’re filled with both hope and hopelessness.”

Best and worst, wisdom and foolishness, hope and hopelessness are the competing dynamics of our current political, economic, and social landscape. So when the conversation predictably turns to the supposed post-racial period we live in, as some say evidenced by the election of President Barack Obama or the unveiling of a memorial to Dr. King on the National Mall, or even the wealth of media moguls Tyler Perry and Oprah Winfrey, I simply want to shout, Race Still Matters!

Without a doubt, there has been remarkable racial progress from 30, 40, or 50 years ago. Many African Americans who were in their 60s, 70s and beyond spoke with great emotion and often with tear-filled eyes at being alive to see the nation elect our first African American president, Barack Obama. Yet Roslyn Brock, in her first speech before the NAACP as its chairman, aptly described the dichotomy facing our nation while debunking the myth of a post-racial society as she described a nation rocked both by racial progress and racial stagnation.

“Today’s civil and human rights challenges are far different from those faced by our predecessors. Yes, we can … drink at the public water fountain, but the drinking water in our homes may not be safe because of lead toxins. Yes, we can … move into sprawling multi-million dollar homes in the suburbs, but the terms of our mortgages differ from our neighbors. Yes, we can … send our children to public schools, but in some states the textbooks … are 20 years old and school boards have decided to rewrite history by removing all references to slavery and its devastating impact on our society.”

Race still matters when the current economic crisis hits the black middle class much harder than whites and other racial groups. Today’s economic mess has been described as a full-blown depression for the black middle class. In a New York Times article, author Ellis Cose said, “Instead of a middle class, we now have a median class–people who are at or above the median income level, but who, for the most part, are only a few missed paychecks away from disaster.”

The crisis goes beyond employment. When we look at the saving rates of various groups, race still matters. Nearly 80% of middle class Americans did not have enough savings to meet three-quarters of their regular household expenses for three months (the minimal amount needed to get through unexpected situations like a layoff or sudden hospital stay). According to research by Demos and the Institute on Assets and Social Policy of Brandeis University, for blacks, the figure was 95% (almost all) and for Latinos, it was 87%. Race still matters.

When wealth is examined, the disparity between groups is even more startling. According to the Pew Research Center, the median wealth of white households is 20 times that of black household and 18 times greater than Latino households. Let’s look at those statistics in another way. The typical black family has $5,677 in wealth, compared to $6,325 for a typical Latino family and $113,149 for a white family. Nearly $6,000 compared to $113,000. The study goes on to show that nearly a third of black and Hispanic families had zero or negative net worth, while only 16% of white families had similar levels of “non-wealth.” The report says, “These lopsided wealth ratios are the largest since the government began publishing such data a quarter century ago and roughly twice the size of the ratios that had prevailed between these three groups for the two decades prior to the Great Recession that ended in 2009.” Race still matters.

Even with wealth, African Americans experienced discrimination and segregation in far greater numbers than other racial/ethnic groups. A joint undertaking by Brown University and the Russell Sage Foundation reported that ethnic/racial identity trumps income as to where people live. Black and Hispanic families with relatively high incomes tend to live in communities where their neighbors are of the same racial/ethnic background and with many more poor people. The study’s authors wrote, “Residential segregation is an insidious and persistent fact of American life. Discrimination on the basis of race, while on the decline according to some estimates, continues to pervade nearly every aspect of the housing market in the United States.” Race still matters.

Even in our schools, according to the Center for American Progress, spending on black and Latino students is about 90% of what is spent on white students. And when it comes to punishments, black youngsters are disciplined more severely and more often than whites or Hispanics. A study by the Council of State Governments of Justice Center found a significant disparity between out-of-school suspensions and other punishments handed out to African American students compared to students from other backgrounds. For instance, 83% of black males in Texas schools had an out-of-school suspension for an offense that the school could exercise discretion on whether to suspend or not. Roughly 74% of Hispanic males had one of these discretionary suspensions; but only 59% of white males had similar suspensions.

Even with a college degree, black grads are finding that what is a tough job market for most recent grads is an exceedingly harsh one for them. Politicians denigrate government and public sector employees and unionized workers, which were the stepping-stones to the middle class for millions of African American and other minority families, making these conduits for social mobility less available.

In practically all aspects of society–from education to expectations, from politics to prison–race still matters. It’s as if W.E.B. Dubois’ prescient statement in the early 1900s, “for the problem of the 20th Century is the problem of the color line,” continues to resonate well into the 21st Century.

Researchers and pundits can debate the causes and effects of this fact of American life, but until we can have frank and honest conversations about the issues that divide us, until we can talk about the paradox of inclusion as suggested in the Inclusion Paradox, we will continue to experience the many ways that race still matters. This discussion must be a national and corporate conversation that addresses race, class, wealth, and culture.

And no one is better equipped to facilitate this discussion than diversity practitioners. Are you leading the way or sitting on the sidelines?

Much depends on your answer. Because how you choose matters.