Alzheimer’s and the Basketball Coach 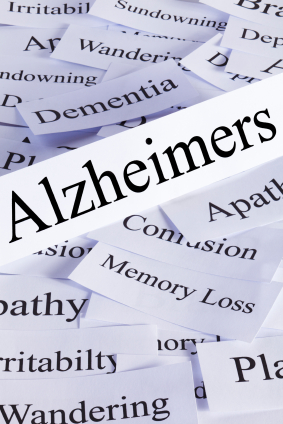 She has won more basketball games than any other Division I coach – male or female. And with plenty of more wins still in her sights, the legendary University of Tennessee women’s basketball coach Pat Summitt was recently diagnosed with early onset Alzheimer’s disease. She is 59 years old.

How much our lives and careers can change suddenly and without warning. In the turn of a moment, anyone can become disabled. Yet many are able and willing to remain productive. Coach Summitt is one of those.

But Summitt is up against formidable odds. According to the Alzheimer’s Association, more than 5 million people in the United States have the disease — including 200,000 younger than 65 — and it is the sixth-leading cause of death in the country. Every 69 seconds, another American is diagnosed with this disease. There is no cure and treatment involves managing the disease’s symptoms

Here is Coach Summitt’s video statement about her condition.

According to a Washington Post article, Summitt’s coaching assistants will take on more of the day-to-day and game-day coaching responsibilities, as her role will transition into more of function of leading and teaching.

Living her life is important for Summitt and for the 16 million Americans who are projected to get the disease by 2050. Societies across the globe will have to adjust to the increasing numbers of seniors with Alzheimer’s as its toll hits family and governmental budgets. For instance, the cost of caring for people with Alzheimer’s will be $183 billion in 2011, an $11 billion increase over 2010. These figures don’t include the $203 billion in value of the unpaid care provided by family members and friends.

Employers will have to figure out how to deal with the increasing number of employees who are diagnosed with the disease or those who are also caregivers for affected seniors. Some victims, like Pat Summitt, will be able to continue working for a while. Others may have to resort to various public or private programs for their care. That’s the financial side of the ledger, but all of us are more than our ability to make a living.

In the Lisa Genova novel, Still Alice, readers follow the decline of Alice, a Harvard professor with early onset Alzheimer’s. Told from Alice’s perspective, the novel illustrates how everyone around the person with the disease has to adjust to the disease — her family, friends, and employer.

Alzheimer’s disease, like many other disabilities, is an illness that no one really likes to think about. It’s scary and much too real of a possibility. It attacks the very concept of who we are and ultimately robs its victims of their identities and sense of purpose. This fact was brought home by a group of homeowners in Minnesota who vehemently opposed an assisted living center that specialized in caring for people with Alzheimer’s. More than the angry opponents realized, their fury did not hide their fears. Yet facing the possibility of Alzheimer’s enables us to face the eventuality of the disability, should it come to that, and to be better prepared to adapt and adjust.

Neither Summitt, nor her doctors or colleagues can predict how the disease will play out in her life. However, Summitt has committed to play it out to the final buzzer.