Can Latinos Save Golf? 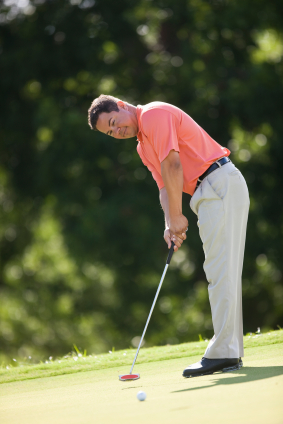 The game of golf is in trouble.

Participation is down. Golf courses are closing. Players have cut their spending for equipment and other accessories. And young people, especially Millennials, are simply not as interested in the sport.

In my earlier 3-part series on the sport, I explored golf’s mythology, and its symbolism for mainstream and corporate America. And in the final report of the series, I talked about efforts to create inclusion for women. But including women is not going to be enough to reverse the industry’s misfortunes. Golf’s survival will require a deep look at all of its policies, practices, and marketing. All the things that diversity practitioners tell business executives about making inclusion part of any company’s DNA.

In an article on GolfBizWiki, Octavio Jacobo discussed in greater detail the challenges facing the US golf industry.

“As everyone in this business is well aware … the situation for the US golf industry has not improved; if anything the severe economical downturn has worsened it. In the last decade, golf has suffered a clear stagnation due to the economic conditions in addition to population trends and the dynamics of the industry and the sport. The NGF’s (National Golf Foundation) annual golf participation study revealed that in 2008 the number fell 3% from 29.5 million, in 2007 to 28.6 million in 2008. …”

Yet there is a potential way through the sand trap. With 50 million Latinos in the US and annual consumer spending of more than $1 trillion, Hispanics represent an opportunity for the industry. If appealed to in the right way, Latinos could be a reliable source for new golfers. According to a recent study by the NGF, there are nearly 6 million non-white golfers in the country, with more Hispanics playing than Asians and African Americans.

It only makes sense – business, economic, survival – to tap into this growing Latino market.

Teaching the mechanics of the game is only part of what’s needed. As my former colleague, Sandy Miller explained in an earlier post and was verified by another NGF study, among the biggest stumbling blocks to diversifying players in the game are the nuanced rules of golf culture – its traditions, rules, and norms. In this regard, golf can learn from corporate America and the Inclusion Paradox. Demystifying the cultural contexts for newcomers can lead to renewed energy, innovation, and profits. Reaching out to Latinos and other marginalized groups may even save the game.