Hear This: The Deaf Have Much to Say, But We’re Not Listening 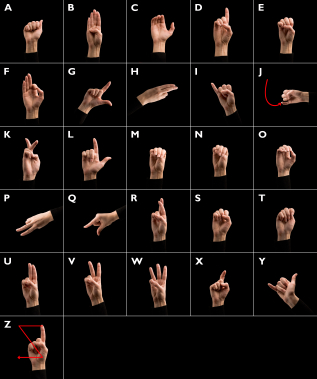 It was a first-time experience for me: the lecturer at a breakout session during the Indiana Conference on Cultural Competency for Behavioral Healthcare was presenting in American Sign Language (ASL) on deaf culture to a roomful of mostly hearing people like myself. Two translators were taking turns translating from ASL to English.

As I focused on watching the lecturer and listening to the translators, it dawned on me that anytime I had seen ASL being used in a public setting, it was to translate spoken English, Portuguese, or Spanish into ASL for the handful of deaf attendees. This time roles were reversed. And it was about time.

In one of my keynotes speeches, I talk about our current upside-down world, and I make the point that to be disabled is instead to be differently abled. But that afternoon, in Indianapolis, I understood this at an even more profound level than I had ever before.

As I paid attention to Ann Riefel, the ASL chair at Vincennes University, I heard about the differences between hearing and deaf cultures and I began to enter a learning space where I awoke to a new paradigm.

Deafness is one of the most overlooked and misunderstood dimensions of diversity not just outside the diversity and inclusion field, but actually within it. As you continue to read think about how we may be inadvertently reinforcing audism—the discrimination of those who are deaf—even as we advocate on behalf of the deaf.

What the Deaf Want

Here is the clincher: the deaf don’t want to be seen as people with a disability, but rather as a linguistic minority with its own language and culture. This stance has vital implications for the work of diversity and how we approach the deaf.

Riefel’s lecture laid out ways in which ASL is not a manual way of turning English words into hand signs, but rather how ASL is a separate language altogether. Like differences between various spoken languages, the syntax, word order, and even the words used in a sentence can be quite different between ASL and English. Also, ASL is not a universal language. For example, there is Portuguese Sign Language and French Sign Language just to name a couple of the hundreds of different sign languages that exist.

Riefel also explained how the deaf form a different culture compared to that of the hearing. As I listened to her explanations, the descriptions matched the framework used by interculturalists such as Fons Trompenaars.

In deaf culture, communication is much more direct. Body language is more expressive (featuring the highly animated use of all facial muscles, especially the eyes) and demonstrative (hugging is quite common). When in comes to social events and time, the deaf tend to be more event oriented than clock oriented and they are more group oriented than individualistic when it comes to their sense of identity. And more likely than not, regardless of race, ethnicity, gender, age, and sexual orientation, the deaf tend to first identify with the deaf culture before they identify with their other multidimensional identities.

Riefel referred her listeners to a couple of books by Harlan Lane, which I downloaded into my iPhone’s Kindle app as she was wrapping up her lecture. When the Mind Hears: A History of the Deaf, compellingly describes how, for centuries, the deaf have been an oppressed language minority group. In his second book, The Mask of Benevolence: Disabling the Deaf Community, Lane makes the case that the deaf continue to be marginalized as he draws parallels between how ASL and spoken languages such as Tamil in India, Turkish in Denmark, Basque in Spain, Spanish in certain parts of the United States have been suppressed in societies where there is a different dominant language. For the deaf, this is always the case.

This point of view is not without controversy, even among those who advocate for the deaf. A New York Times article explores some of this controversy that is getting renewed attention because of state budget woes. But here I want us to lean into their case to really understand its premises. As Lane explains it:

“Language [can] be expressed . . . by movements of the hands and face just as well as by the small, sound-generating movements of the throat and mouth. Then the first criterion for language that I had learned as a student—it is spoken and heard—was wrong; and, more important, language did not depend on our ability to speak and hear but must be a more abstract capacity of the brain. It was the brain that had language, and if that capacity was blocked in one channel, it would emerge through another.”

This reality is suppressed by a “disability” label that, used in the spirit of inclusion, actually creates exclusion:

“With the cultural frame changed [to the infirmity model] the deaf pupil was now an outsider. Spoken language in the classroom and speech therapy failed to make him an insider, while it drove out all education, confirmation the child was defective. Unsuccessful education of deaf children reinforced the need for special education, for experts in counseling of the deaf and in rehabilitation of the deaf. Finally and most devastatingly, deaf children in America, starting in the late 1970s, were increasingly placed in local hearing schools. Having cut off the deaf child from his deaf world, having blocked his communication with parents, peers, and teachers, the experts have disabled the deaf child as never before in American history. The typical deaf child, born deaf or deafened before learning English, is utterly at a loss as he sits on the deaf bench in the hearing classroom.”

Lane also points out how in the name of helping the deaf (defined as those born deaf versus those who have become hearing impaired through illness, accident, or age), the interests of the deaf have not been met, as the hearing are the ones who decide what is best for them. It’s the hearing who own the schools for the deaf, have advocated for mainstreaming the deaf into classrooms for the hearing, and are most likely their teachers. This puts the deaf at a significant disadvantage by forcing them to operate with their second, and not their primary, language. Plus, they are instructed by a hearing teacher who often does not know ASL and, therefore, cannot fully communicate with them.

And what happens when individuals cannot communicate in their native language or the world around them does not know their native language? Yes, of course, they are seen as less smart, less capable. Asking them to learn English and not teaching them in ASL is to impose the values and approaches of the hearing onto the deaf.

Riefel, Lane, and others, take this even further in contending that deafness is not a disability. In fact, labeling deafness as a disability has done significant harm to deaf self determination and identity. This travesty was further reinforced when deafness was thrown into the Americans with Disability Act. By framing it within a deficiency model, the deaf then must be helped paternalistically.

On the other hand, when deafness is seen as a culture it takes on a different mode. It must be respected and understood as being as equally valid as other cultures, including such as the Asian-American, African-American, and hearing cultures. Therefore, to engage with those who are deaf we all need to demonstrate greater crosscultural skills in order to be inclusive of one another.

Do We Really Understand?

This mind-bending understanding of deaf culture raises questions not only of ways in which we may have been advocating—if we have at all—for deaf employees, but also where we may be having significant blind spots around other groups whose abilities are different from the majority’s.

Just because the deaf can’t hear, the blind can’t see, and those in wheelchairs cannot walk, their voices about their needs and their identities must be heard as the first and primary order of business. If not, those of us who are hearing, have vision, and can walk will not hear the message, see the possibilities, or walk the talk.

I hope you will carry this message with you as you strive to advance diversity and inclusion within your organizations.

Adelante (onward) in the work!