Getting Minorities Outside and Into National Parks 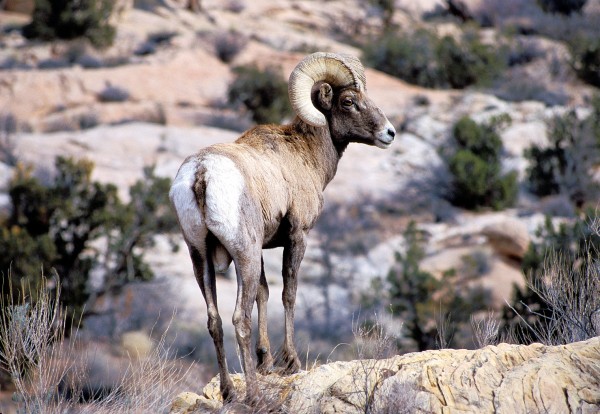 Although I grew up in Lima, Peru, my urban upbringing was tempered by frequent forays into the countryside–hiking in the Andes, traveling to the Amazon rainforest, and visiting my maternal grandparents in a rural area of Washington State. Being outside was a regular part of my childhood. But that’s not true for too many minority youngsters and their families.

According to several studies, including a presentation by the National Park Service (NPS), visiting a national park is overwhelmingly a white family’s experience. About 91% of national park visitors are white. Even when you look at all outdoor recreation, minority participation lags far behind–80% of all outdoor recreationists are white, according to the Outdoor Foundation. That situation hasn’t changed much since the 1960s.

Yosemite Park Ranger Shelton Johnson, who is African American, has said numerous times that he is more likely to meet a visitor from Japan or France than an African American or Latino family in the park. Getting minorities into our national parks has become such a big deal that Oprah devoted a 2-part program to the subject, where she admitted to never having visited one before. Even the Obama family vacation to Yellowstone and the Grand Canyon sparked national attention.

Black, Latino, Asian and Native American families just aren’t going outdoors, let alone visiting a national park. The NPS, headed by Secretary of the Interior Ken Salazar, has recognized this gap and, as it approaches its 100th birthday in 2016, is trying to do something about that situation.

Part of that effort was the 2009 partnership with noted historical documentarian Ken Burns and his 6-episode documentary, The National Parks: America’s Best Idea. Check out a video preview here.

An offshoot of the documentary is the Untold Stories Project, where NPS stories focus on the contributions of African Americans, Latinos, Asians, and American Indians to the park system. The Project seeks to engage under-represented minorities in the nation’s National Parks. Here’s one video about the project.

As with many diversity initiatives, a critical issue behind this push (aside from the NPS’ legal and ethical mandate) is the realization that much of the future support for our national parks will fall to the same ethnic groups that are not visiting the parks today. If today’s minority youth don’t develop a connection to our national lands, it’s likely they won’t support the park system as adults.

Interestingly, some of the research behind this attendance gap delves into what discourages minority families from visiting the parks. Once the studies adjusted for socioeconomic factors, the main difference was…yes…culture. Those of us on the crosscultural front lines understand that what motivates, engages, and appeals to mainstream sensibilities may not hold similar attraction to families coming from different ethnic and cultural backgrounds. For instance, where a white families may find the iconic view of the sun setting over the rim of the Grand Canyon appealing and engaging, Latino and African American families may prefer their nature forays to include a gathering of friends and relatives. Increasing diversity in our national parks–in attendance and employment–means more than just making them available and accessible. It means confronting the different experiences and expectations that all guests seek from these national treasures.

A you can see, the Inclusion Paradox, the power of constructively calling out differences, shows up in all aspects of society…even outdoors.