Corporate Boards Continue to Miss Out on Diversity 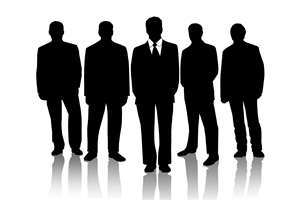 You would think that by now we would still not be hearing the  clichéd excuses of “we can’t find any,” or “it will take too long to find someone,” or “is it even that important?”

What the excuses are defending is the lack of diversity on corporate boards. Unfortunately, we’ll probably hear these excuses even more as explanations to Janell Ross’ article in the Huffington Post where she reports that  “white men’s already dominant control of the boards that oversee the nation’s largest corporations widened during the last six years,” according to a new report issued by the Alliance for Board Diversity.

For the Fortune 100 between 2004 and 2010, white men gained 32 board seats while African American men lost 42. According to the report, there are nearly 900 companies in the Fortune 1000 that do not have a single Hispanic board member, and of the Fortune 100 only half have a Latino board member. This growing homogeneity is occurring at the same time as the Hispanic population is exploding and the country grows even more diverse. Such an increase in white male representation defies not only common sense but also business sense.

As diversity and inclusion (D&I) champions understand, but the reluctant CEOs and board members in this report don’t seem to realize, the business and financial benefits of diversity can intensify an organization’s competitiveness, innovation, and connection to customers. Just look at these stunning findings on gender diversity on boards:

A 2007 Catalyst study examining corporate finances between 2001 and 2004–a period of boom and bust–found that companies with women on their boards outperformed those without women in several key ways. Among the study’s findings: Fortune 500 companies that ranked in the top 25 percent for female board member inclusion produced on average a 53 percent better return on equity, a 42 percent difference in profits, and a 66 percent difference in return on invested capital when compared to companies with the least gender-diverse boards.

So the low diversity on boards not only causes dismay from an inclusion perspective, but companies with little board diversity make themselves vulnerable to blind spots to threats plus they may be limited in seizing economic opportunities.

Perhaps a key issue concerning board diversity, according to Lissa L. Broome, a professor at University of North Carolina School of Law who researches the issues of diversity on boards, is the tendency for key players to ignore or at least avoid talking about difference. Such hesitancy represents the underlying issue in the Inclusion Paradox, which provides ways to lean into and make the most of that discomfort.

If we don’t find ways to do this, our companies will be forfeiting a major trump card in high stakes global competitiveness.