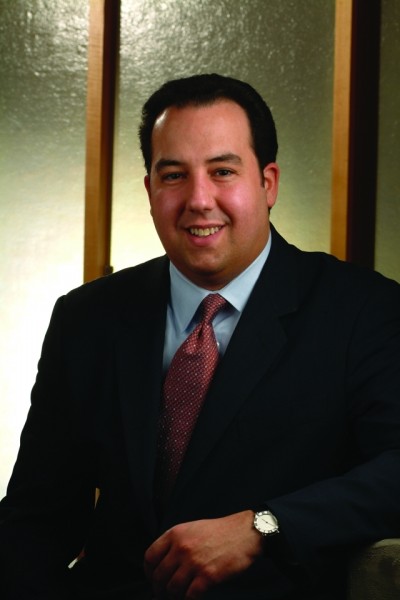 As president and CEO of the Hispanic Association on Corporate Responsibility (HACR), Carlos Orta leads an organization with a bold, yet simple-to-understand mission, “to ensure the inclusion of Hispanics in Corporate America at a level commensurate with our economic contributions.”

His background is well suited to leading this charge, having served in several capacities for major corporations such as Anheuser-Busch and the Ford Motor Company, and as a legislative staffer in the Florida House of Representatives. Under Carlos’ leadership, HACR has initiated programs, conducted studies and papers, and championed Hispanics and our impact on the economy, philanthropy, and corporate governance. As a result, Carlos and HACR have become the authority on Hispanics and corporate responsibility.

During our frequent travels, I often run into Carlos at various conferences. We recently caught up with each other, and as HACR celebrates its silver anniversary, Carlos agreed to share his thoughts about the organization and its 25 years.

Take 1: You often refer to the mission of the Hispanic Association on Corporate Responsibility (HACR) as having four pillars. What are those pillars, and why are they important?

HACR works with its corporate partners, stakeholders, elected officials, and community leaders to provide them with the expertise and tools necessary to ensure the inclusion of Hispanics in our four areas of corporate social responsibility and market reciprocity. Those four areas are employment, procurement, philanthropy, and governance.

With over 50 million consumers, Hispanics represent 16% of the population in the United States, including Puerto Rico, and have an estimated annual purchasing power of $1.2 trillion or 9.6% of the US GDP.

For HACR and the Hispanic community, a company’s reputation and goodwill is based on its ability to promote reciprocity in all areas of the company’s business model. To ensure the continued support and patronage of the Hispanic community, a company should strive to employ Hispanics, contract with Hispanic-owned businesses, support Hispanic-serving organizations, and utilize Hispanic talent to lead its operations in roughly the same proportions that Hispanic consumers support the company.

It works very well. And it works because they have a direct link to more than 50 million Latino consumers.

Collectively, the coalition members reflect the voice of Hispanics living in the United States and Puerto Rico, serving those diverse communities through advocacy, education, representation, assistance, capacity building, public policy support, resource development, and the exertion of political influence. HACR Coalition Members work with more than 1,500 affiliate community-based organizations serving the Hispanic community in all 50 states and Puerto Rico, including more than 450 institutions of higher learning enrolling three out of every four US Hispanic college students, and 400 publications with a combined circulation of more than 10 million.

Take 3: U.S. immigration reform is currently a polarizing issue. How important is resolving the immigration issue to the mission of HACR?

Take 4: It is commonly predicted that Latinos will comprise a quarter of the U.S. population within the next generation. What are the greatest economic opportunities that these increased numbers will make possible for Latinos, and what vulnerabilities within the Latino community do you remain most concerned about?

Latinos are the fastest growing and youngest population in the United States. As the Baby Boomer generation retires, tomorrow’s workforce will be made up of Latinos. In addition, as Fortune 500 companies make geographic shifts, they are relocating into areas that have a higher Latino population (South, Southwest and West Coast).

Given our population and buying power, these corporations should see the value of recruiting, retaining and advancing Latinos at all levels of their corporate structures.

While Hispanics represent over 16% of the total US workforce, we continue to be underrepresented in the leadership of major U.S corporations. According to our own HACR 2010 Corporate Inclusion Index (CII) Survey, of the 1,191 board of director seats at Fortune 100 companies, only 3.6% of the seats were held by Hispanics.

In a recent review of Fortune 100 and Fortune 500 Boards between 2004 and 2010, findings show there are still big gaps to fill and much opportunity for minority inclusion. HACR continues to be an advocate of inclusion and seeks to provide the tools and assistance to those who want to develop their leadership skills.

A quarter of a century after it was founded, HACR’s mission is at its most critical and relevant in the organization’s history. Since the organization’s inception, which came at a time when Ronald Reagan was president and Michael Jackson moon walked his way into the American psyche, Hispanics have grown exponentially into the largest minority in the country. And yet, hard work remains to be done, and HACR has geared itself into a future-oriented institution.

Throughout the last 25 years, HACR has been the catalyst for change in Corporate America by staying true to its mission to advance the inclusion of Hispanics at a level commensurate with their economic contributions. We have developed programs specifically to provide a platform to talk with and nurture talent for executive boards, C-suite positions and upcoming executives. These programs include the HACR Corporate Directors Summit, The Corporate Executive Forum™, the HACR CEO Roundtable, and the HACR Young Hispanic Corporate Achievers™.

The goal for HACR in 25 years will be that we will have achieved our mission. And for those companies that didn’t get it, that didn’t understand the value of including Hispanics at all levels, they will lose out on two fronts: our financial and intellectual capital.