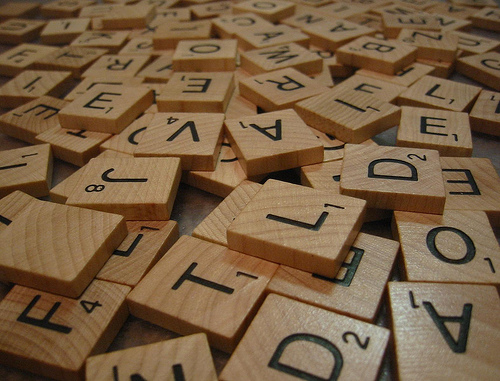 In a bow to diversity and inclusion, the makers of Scrabble have added 3,000 new words to the  Collins Official Scrabble Words list including some street slang to appeal to Gen Xers and Yers such as “innit,” “thang,” “blingy,” and “grrl” as well as some Islamic, Chinese, and Japanese terms such as “umma,” an Islamic community, “wagyu,” a breed of Japanese cattle, and “qin,” a Chinese musical instrument. So reports the United Kingdom’s Sun newspaper and Canada’s  Globe and Mail.

Scrabble is known globally, with more than 4 million sold worldwide each year and it’s produced in nearly 30 languages. The Collins list governs acceptable Scrabble words outside of North America. For the US and Canada, approved words are still found in The Official Scrabble Players Dictionary, which is produced by Merriam-Webster, the folks most known for producing dictionaries used in schools and colleges.

As with any significant change, controversy has ensued. In a Slate post, one ardent fan argued that slang should never be allowed.  Good luck with that stance. Not only is it exclusionary in an elitist way, but also not in touch with reality. Language must evolve or it dies. What has made English so enduring and widespread globally has been this very elasticity. And that’s cool by me.